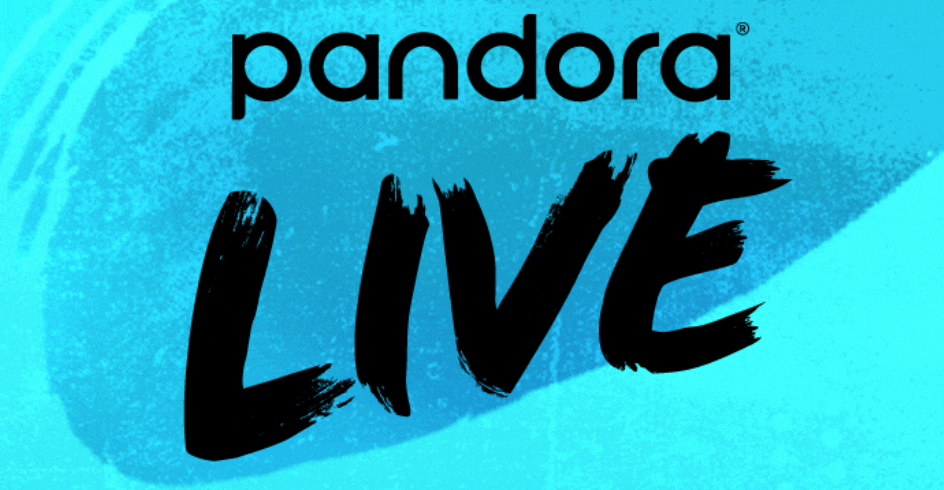 Pandora today unveiled its new concert series for the virtual era. The series will kick off with groundbreaking country artist Kane Brown on July 28 and bring performances from top trending artists across country, Latin, R&B, pop, and rock directly into the homes of millions of fans through the end of the year. In expanding the live concert experience, Pandora has created a powerful new offering that benefits music fans, artists, and brands.

The events will feature the premier production quality that Pandora’s shows are known for, many with additional interactive perks to connect fans with their favorite artists. Select attendees will receive access to virtual meet and greets, Q&As with the artist, exclusive merchandise, live chat functionality, and more.

“I love unexpected collaborations and finding new ways to bring my fans music, especially while we aren’t able to tour on the road,” said Kane Brown. “You all mean so much to me and I’m happy to team up with Pandora to create an amazing virtual performance with some surprises for you.”

Kane Brown’s performance will contain new hits and old favorites with the evening hosted by Storme Warren of The Highway channel on SiriusXM. Restless Road, the Nashville-based trio that Kane recently signed to his record label, will make an appearance for a special performance of “Take Me Home.” This will mark the first time that the song has been played live. Pandora’s cameras will also follow Kane to tornado-ravaged East Nashville, where a mural was made inspired by his new song, “Worldwide Beautiful.” The evening will feature an animated short film, based on a real-life experience, narrated by Kane. Fans can also expect celebrity cameos from the entertainment industry.

Following their performance, each artist is expected to record a Pandora Story featuring personal commentary woven between hand-selected songs. Fans will also be able to tune in to the recordings of the virtual performances on Pandora. Select concerts will also be re-broadcast on SiriusXM. To further support artists, Pandora acquired merchandise that would have been sold on tour and customized it to create limited-edition fan giveaways — available the night of the shows on a first-come, first-served basis.

Event sponsors will bring fan activities and content together in a whole new way to help complement and enhance the at-home viewing experience. For example, Persil Proclean® laundry detergent will commemorate the event by gifting fans an exclusive Kane Brown t-shirt; fans can redeem the merch through a branded code on Kane’s website and receive a product sample. Men’s grooming company Cremo™ will give listeners “backstage access” to Kane by sponsoring his Pandora Story, and Kingsford will send fans recipes for at-home grilling ahead of his performance to “pre-game” before the show.

“People are still as passionate about live entertainment as ever, and they’re craving the moments of joy and connection that those experiences bring,” said Denise Karkos, CMO at SiriusXM and Pandora. “The music ecosystem has been massively disrupted this year, and artists need to find new ways to connect with fans, share their art, and continue creating. Our role is to give entertainers a platform to reach their fans in new and meaningful ways while filling the void for listeners who want to connect with each other and the artists they love. We’re placing advertisers at key consumer touchpoints before, during, and after the events to enable these special connections.”

About Pandora
Pandora, a subsidiary of SiriusXM, is the largest ad-supported audio entertainment streaming service in the U.S. Pandora provides consumers a uniquely-personalized music and podcast listening experience with its proprietary Music Genome Project® and Podcast Genome Project® technology. Pandora is also the leading digital audio advertising platform in the U.S. Through its own Pandora service, its AdsWizz platform, and third party services, such as SoundCloud, the Company connects brands to the largest ad-supported streaming audio marketplace in the country. Pandora is available through its mobile app, the web, and integrations with more than 2,000 connected products.

About Kane Brown
With his #1 Billboard 200 release, Experiment, Kane Brown became the only male country artist in more than 24 years to debut at the top of the Billboard 200, and only one of three country artists to top the Billboard 200 chart all year (2018). An “artist to pay attention to” and “the future of country”(Billboard), Brown was named a Breakthrough Artist of the Year by the Associated Press and one of “31 People Changing the South” (Time). The AMA, ACM, Billboard and People’s Choice Award winning and nominated artist is one of only five country acts with multiple 5X Platinum hits (joining Luke Bryan, Florida Georgia Line, Sam Hunt and Taylor Swift). Brown first topped the Billboard Top Country Albums chart with the release of his self-titled debut album (2016) and again with the release of Kane Brown Deluxe Edition (2017), which debuted at #1 on the Billboard Top Country Albums and Top 5 on Billboard 200. With his debut album, Brown made history by becoming the first artist to top all five Billboard Country Charts with his breakthrough #1 Top Country Album; #1 debuting Country Digital Song, the 5X Platinum “Heaven” and #1 Country Airplay, Hot Country Song and Country Streaming Song, the 5X Platinum “What Ifs” featuring Lauren Alaina. For more on Kane Brown, visit KaneBrownMusic.com.